I have Great News!!! I passed my Team Leader assessment, and now can officially tell people what to do at work 😀 On that positive note here is another update on Game of Mushrooms 🙂

Casterly Rock looks especially sinister. I have changed Storm’s End and King’s Landing. I pulled Storm’s End in from a newer version of the pattern. Previously it was a round tower, but is now a mushroom surrounded by fortress walls. King’s Landing had a big word “THRONE” written on in neon green letters – a big no no no – so that had to go too :D. I have added some turrets to compensate and make it a bit more interesting. 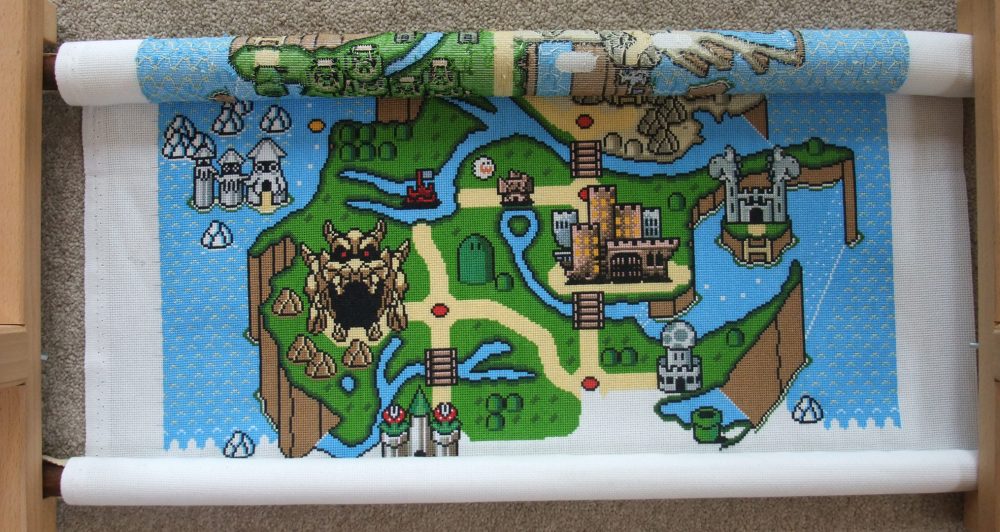 On to the next row we go. As far as I can see there is going to be a full 7th row and then about 1/3 rows worth of sea stitching. I feel like I am starting to burn out! Just need to hold out a little bit longer 🙂