Zelda at one third of the way

This is a project that I initially “started” way back in 2013, but have only really been putting time into it since October last year. It’s a little more advanced than I’m going to show right now, but I felt that I needed to show a progress picture rather than just jumping straight to the finished piece (which is still a little while away – watch this space :D)

So this photo is what it looked like in mid-January: 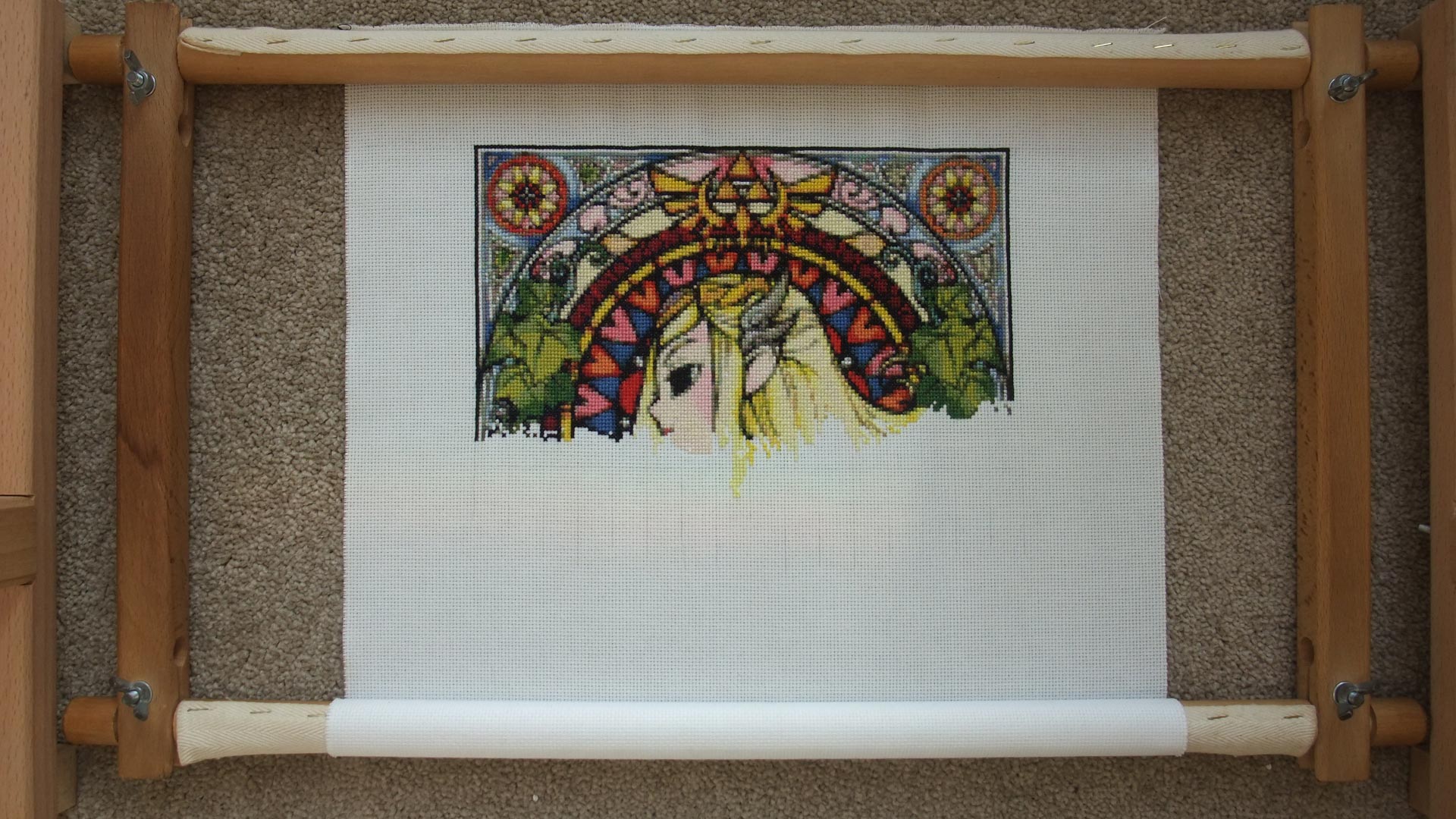 This one’s quite a popular pattern, and I’ve seen it stitched at least three times before by other crazy crafters, but I love the pattern and so I decided to be yet another in a long line 🙂