I have done spring cleaning in some parts of my house and what I found didn’t impress me much. Boxes upon boxes of DMC threads. For every project that I have done in last 5+ years, there was a box of threads. I think I found something along like 7 boxes! Threads that I have bought again and again because I forgot I had them.

So I have had an idea for a long time now to make a centralised thread system. Get rid of all the boxes and putt all the threads together. But DMC had around 450 different colours, hard part was to figure out how to sort them once they were all reunited together. 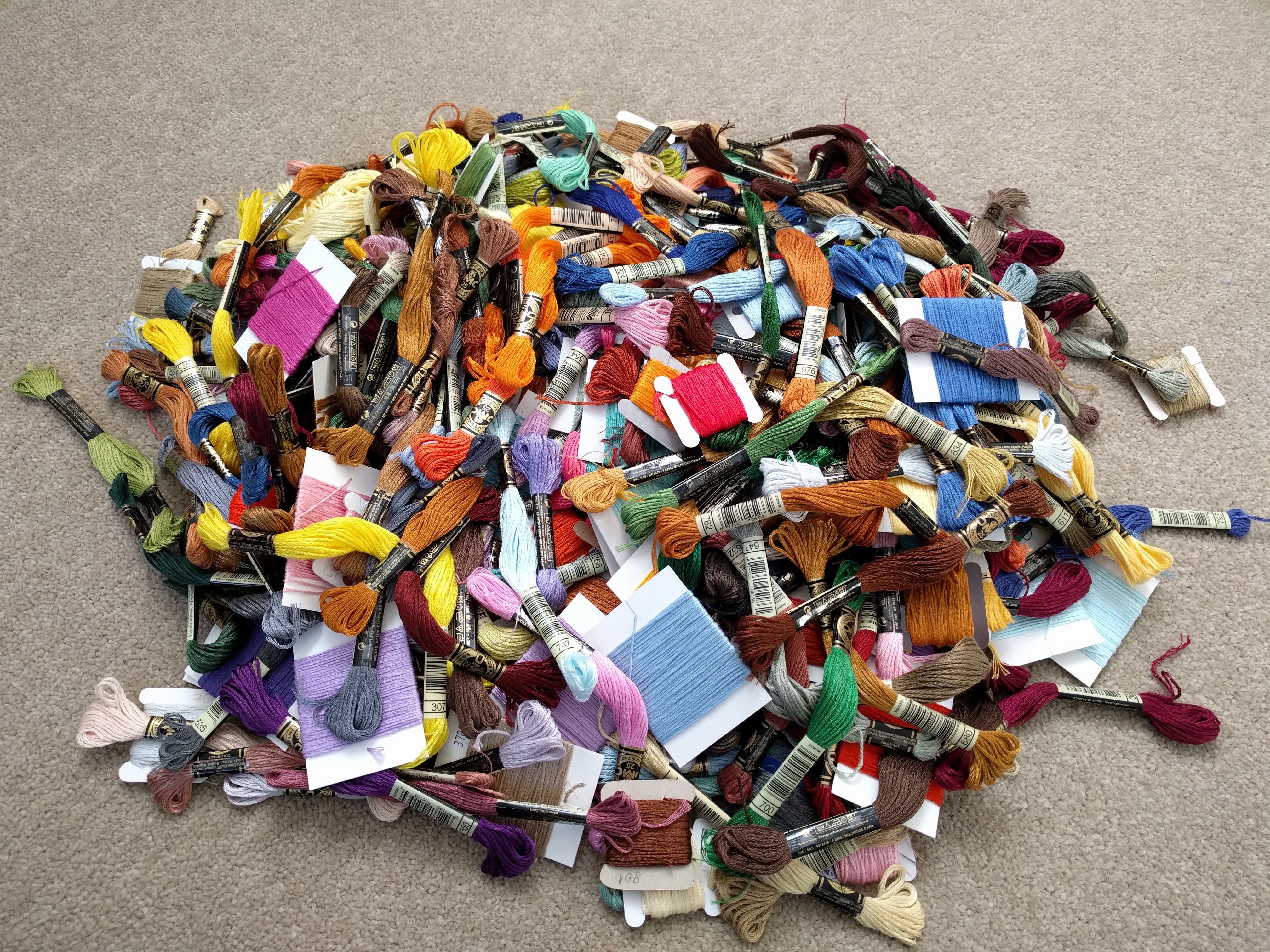 The new system needed to be quite affordable and well packaged as I am all about that space efiecency.  So this is what I came up with. 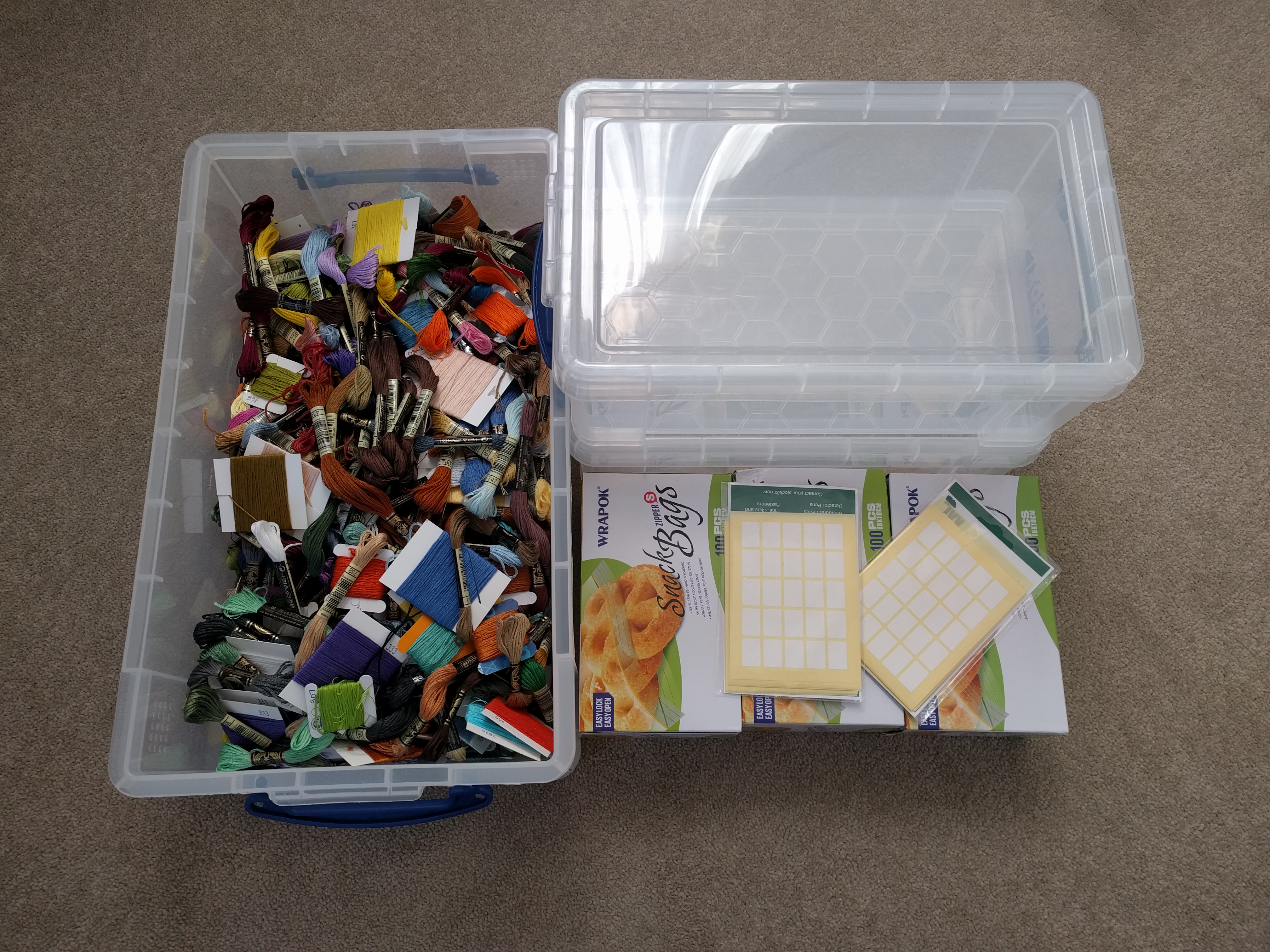 I measured and planned and in the end I managed to get what I wanted. The boxes I bought for the food bags have about 3mm to spare. I bought some card to put inside food bags so that they would keep the shape and stand straight. Then just some stickers for the numbers and one full days of work. 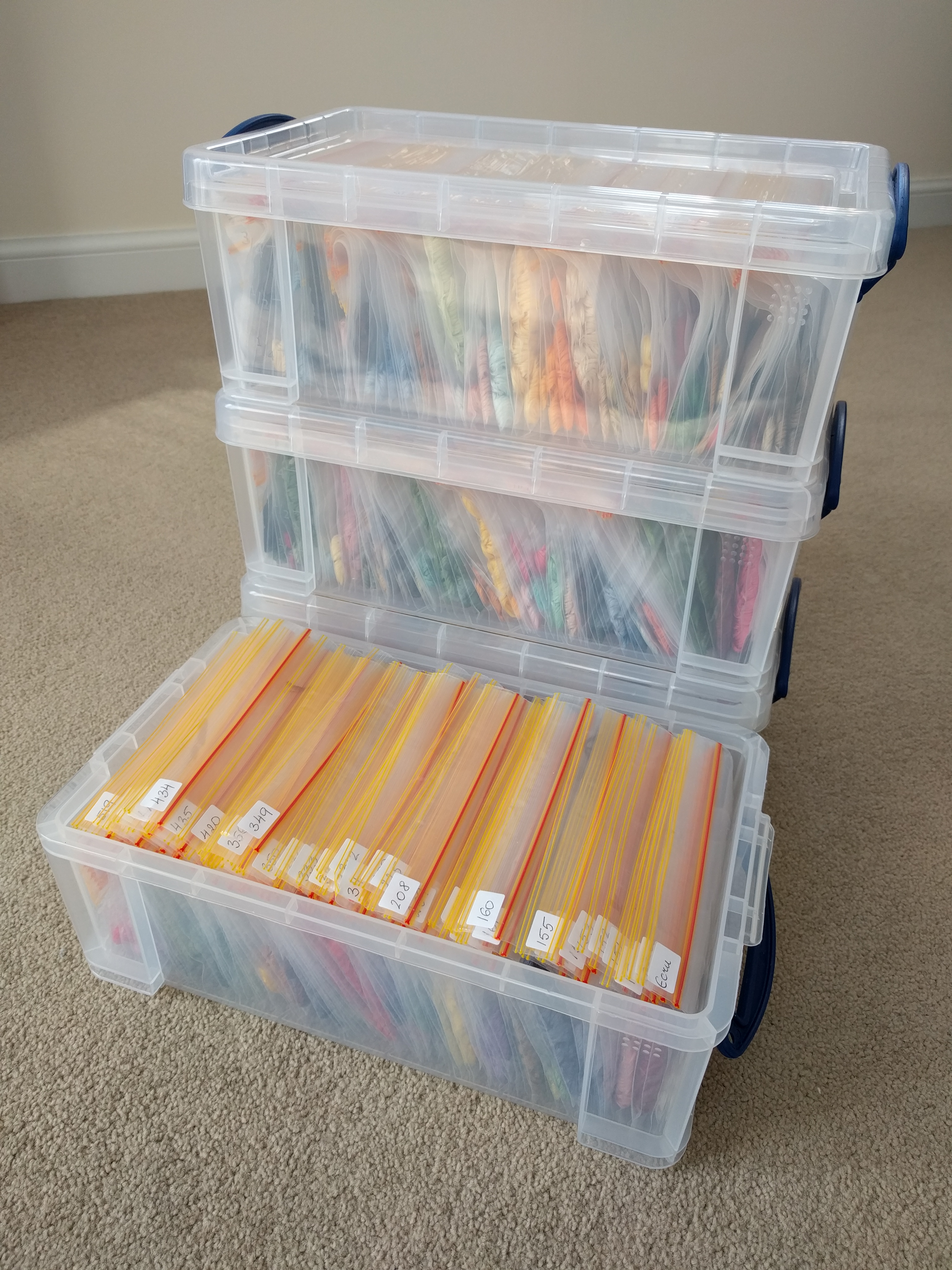 Nice and tidy now. I have four boxes full, but I think I will need a fifth one quite soon.